During my 4:45 AM warmup, I asked my participants to raise their hand if they were on an empty stomach and the results may or may not surprise you.

The majority of people in the very early morning workout seem to exercise on an empty stomach or maybe on some coffee or something small. It actually amazes me sometimes to see at what a decent level of performance they are able to exercise at — but honestly I think that’s mostly from their body adapting to the challenges after working out 3-4 times per week before 6 am. If they’ve been doing it for a while, their bodies will adjust and make some progress… until the inevitable plateau.

I think to myself, “gosh, if they just had a little bit of nutrition before the workout, they could be getting even MORE out of their workouts.” But first, let’s talk about whether it’s okay or good to work out on an empty stomach.

Working out on an empty stomach CAN burn more fat during the workout.

The short answer is yes, if you work out on an empty stomach in the morning, science says that you’ll probably burn more fat during the workout. Not only that, you’ll gain endurance specific to that which you are working on. And if that answer works for you, then you can stop reading now.

Is burning fat during the workout the only goal? (hint: no)

Research has actually shown that when you take two groups of people who work out in the morning, give one group of people some carbohydrates, give the other group of people nothing, BOTH groups will lose equal weight provided that they are in a negative calorie balance. In other words, caloric intake is more important than the workout when it comes to weight loss.

It’s not all about weight loss, this is Fitness baby!!!

There are actually many downsides to exercising on an empty stomach when it comes to your fitness potential. Sure, knowing that you burn more fat during the workout when you’re on an empty stomach is just one piece of information, but there is so much more to the wisdom of your body.

Remember our post where we talked about methods of progression? As a trainer, we’re always looking to make progression for our clients. You need to have energy available in your body to make the transition to the next level. If you’ve hit a plateau, it’s either your training, nutrition, recovery or all of the above.

Let’s just give a nice example to put things into perspective.

Kathy’s goal is to lean, tone, and build a nice butt. She comes to HIIT class at 5:45 AM on an empty stomach. Her speeds on the treadmill are the same as they’ve been in months and the dumbbells in the weight room don’t seem to feel any less challenging for her. She attempts a Rear Food Elevated Split Squat (Bench Static Lunge / Bulgarian Split Squat) because she knows that this exercise is one of the best booty builders of all time, but due to her empty stomach she is unable to maintain the balance necessary to perform the move or she has to use lighter weights than last time. On an empty stomach, she is having a hard time making any progress.

Only in experimentation will we find the answer. Nutrition is highly personalized. There may be a person out there that benefits from being on an empty stomach. Not me, and not most people I know.

My main point here: If working out on an empty stomach in the morning is holding you back, then give your body some love, appreciation, and A LITTLE BIT OF NUTRITION before you blast away at the treadmill intervals.

Give your body some nourishment before the punishment.

Seriously, wake up 10 minutes earlier and nourish the f*ck out of your body with a little nutrition that will go a long way. 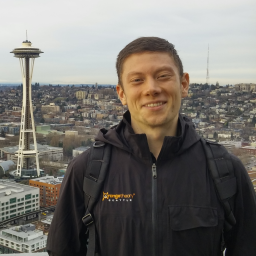